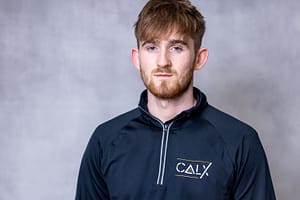 Read about how CalX Apprentice Calibration Technician James started in his career and what an average day is like.

What led to you pursuing a career in instrumentation?

After choosing a general engineering course in AIT after school, I completed two years of the course and decided it wasn’t for me. I then became aware of the instrumentation apprenticeship and having studied a module of this in the course I knew it was something I had liked. I saw an advertisement for an apprenticeship with Eurotech Calibration Services, which would later become CalX and the rest is history.

What do you enjoy most about your work?

The part I enjoy most about my work is the variety of different industries we work in which makes the work more interesting and I’m not stuck in the one place all the time, whilst working with a team of friendly and charismatic people. I can honestly say that no two days are the same.

My average day entails completing routine calibrations and calibration certificates for our customers in either the pharmaceutical, medical device, Food & beverage or manufacturing industries.

Working with CalX is great and has been from day one. I have been here 4.5 years and the time has absolutely flown by. The work is satisfying, the people are friendly, and the experience gained has been invaluable.

What advice would you give to someone starting their career in instrumentation?

My advice for someone starting their career would be to look into the route of the apprenticeship program with CalX. Both the on and off the job training has been phenomenal and I feel as if I have learned a skill set that I couldn’t have gotten anywhere else.

Visit our Vacancies page for current opportunities in engineering roles at CalX or check out our FAQs page for answers to some of the most common question.

If you’re just starting out, visit our apprenticeships and college placements page.

A career in Instrumentation?

Check out our FAQs page >>

Stay up to date about future opportunities >>

This website uses cookies to improve your experience while you navigate through the website. Out of these, the cookies that are categorized as necessary are stored on your browser as they are essential for the working of basic functionalities of the website. We also use third-party cookies that help us analyze and understand how you use this website. These cookies will be stored in your browser only with your consent. You also have the option to opt-out of these cookies. But opting out of some of these cookies may affect your browsing experience.
Necessary Always Enabled
Necessary cookies are absolutely essential for the website to function properly. This category only includes cookies that ensures basic functionalities and security features of the website. These cookies do not store any personal information.
Non-necessary
Any cookies that may not be particularly necessary for the website to function and is used specifically to collect user personal data via analytics, ads, other embedded contents are termed as non-necessary cookies. It is mandatory to procure user consent prior to running these cookies on your website.
SAVE & ACCEPT